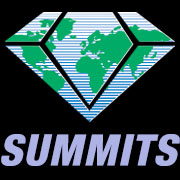 In addition to learning about attracting new customers, retailers can expect to receive a treasure trove of complimentary items from Sponsors and Exhibitors attending the 2012 Diamond Retailer Summit in Chicago, IL in the form of event giveaways, a special "Thank You Pack" that will be shipped from Diamond direct to your store upon the conclusion of the Summit, and coupon book giveaways.

THANK YOU PACK
Thank You Packs are one per attendee and will ship directly to the attendee's store location upon the conclusion of the Summit.

Check back often for the latest updates. Online registration for the Summits -- along with important hotel registration information -- can be found here.